Story and photos by Gregg McQueen 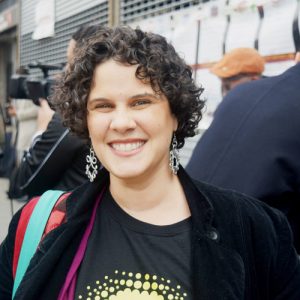 Expect jammed streets – but not a car in sight.

A nine-block stretch of St. Nicholas Avenue will be closed off to vehicular traffic on April 21, as Car Free Day makes a return uptown.

Held in conjunction with Earth Day for the third consecutive year, Car Free Day will allow pedestrians and cyclists to take over the streets in parts of the city.

In Washington Heights, St. Nicholas Avenue will be closed to cars between 181st and 190th Streets from 10 a.m. to 4 p.m. as community-based organizations and small businesses host programming designed to promote fitness, sustainability and environmentalism. 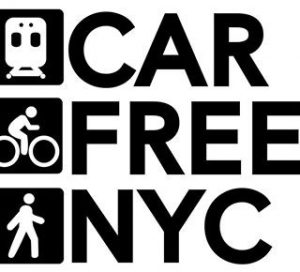 Car Free Day will open two miles of New York City streets to pedestrian and bicycle traffic only. In addition to the Northern Manhattan street closure, Broadway will be closed to cars from Union Square to Times Square.

“I invite all New Yorkers to be part of this initiative to celebrate Earth Day by not driving personal vehicles that day, and think of ways we can do our part to save the planet,” said Rodríguez. “We have witnessed the real impacts of climate change through natural disasters such as Hurricanes Katrina and María, Superstorm Sandy, snow storms, and earthquakes, among others. Let’s take action now to preserve our planet for present and future generations.”

“We want to celebrate the diversity of Northern Manhattan,” he said. “We want to see people from the whole community walking together.” 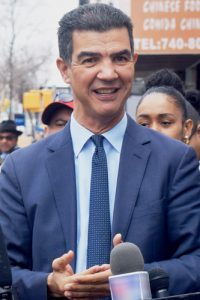 People’s Theatre Project (PTP) will be premiering a new performance titled “Somos NYC,” which was created by young immigrants as a way to describe the immigrant experience.

“It’s eleven immigrants from five different countries who have been here between one month and five years,” said Executive Director Mino Lora. “Our young people are excited to perform outdoors and for their families.”

The Department of Transportation (DOT) will be hosting a bike swap event where New Yorkers can swap a used bike and receive a new one, and also receive a new bike helmet courtesy of the DOT and Bike NY, which will also be conducting bike lessons.

Friends of Inwood Hill Park will demonstrate how to make planting containers out of plastic bottles, and how to make clothing items of plastic grocery bags.

“We’ll be turning trash into treasure,” said group founder Sally Fisher, who wore a special hat made of plastic. 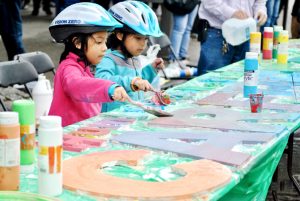 There will be arts and crafts.

The Dance Project of Washington Heights, which offers pay-what-you-can dance classes to children and adults, will present a student performance, and also conduct salsa, bachata and breakdancing workshops.

“When we stay behind closed doors, the community doesn’t always know what we’re doing,” said Godfrey. “When we get to come out and do what we’re doing in the street, we make it available to everyone.”