Rooted in Washington Heights and Inwood, People’s Theatre Project (PTP) makes theatre with and for immigrant communities to build a more just and equitable world.

Now in its 14th anniversary season, PTP is Manhattan’s largest performing arts organization north of Harlem. Through ensemble-based, multilingual and multigenerational programming, PTP’s unique brand of theatre is a powerful artistic platform for immigrants and members of the Latine, Black, and Queer communities.

People's Theatre Project’s core programming includes: the PTP Company, a professional ensemble of all immigrant artists of color; the PTP Academy, a theatre and social justice leadership program dedicated to the holistic development of immigrant youth; and the PTP Partnerships, an in-school theatre program that guides students through a journey of self-discovery and celebration of their cultures.

As an immigrant- and women-of-color-led cultural organization, PTP is an advocate for immigrant New Yorkers and the arts as a partner with the Mayor’s Office of Immigrant Affairs, an active member of the Latinx Arts Consortium of New York (LXNY) steering committee, The New York Immigration Coalition’s (NYIC) Immigrant Leadership Council and [email protected]’s Anti Racism Working Group.

Watch PTP on the TODAY Show!

For too long, we’ve been sold a story that our bodies and voices have no value and we don't deserve representation. This is white supremacy at work.

To dismantle that false narrative, we tell our own stories and bring social justice centerstage.

Through artistry and education, we are developing leaders, advocating for our communities, and reimagining a more just world.

As an anti-racist organization, we believe in Equity for all. We see the full humanity and immense power that exists in immigrants, youth, people of color, the LGBTQIA community, and people living with disabilities. We work to build a world where the oppressed can find Liberation.

We believe in building spaces that allow for everyone to be their truest self. To be brave for us means to always ask the questions: What would LOVE do? What would Fear do? And act out of love for ourselves and our community.

We believe in community, that working as a collective on stage and in the office is more powerful (and more fun!) than working as individuals. In listening and building on each other’s ideas, we share power and responsibility.

We believe experiencing the arts is a human right. We believe art is essential in helping us reimagine a more compassionate, just world where we can live, work, and build together.

We believe that joy is the essential life force for the work of social justice. We make theatre to grow our shared capacity for joy.

In 2009, theatre artists Mino Lora, an immigrant woman from the Dominican Republic, and Bob Braswell, a long-time New Yorker, co-founded People’s Theatre Project as a grassroots initiative with a broad vision of building a culture of peace through theatre in Washington Heights & Inwood. In its first decade, PTP has worked alongside a coalition of community stakeholders, to champion the artistic and cultural renaissance of Upper Manhattan while developing its own capacity to become a powerful platform for the voices of immigrants and people of color.

Early artistic collaborations led to the creation of inspiring organizations like Word Up Community Bookshop and the opening of the United Palace to the community.

In 2009, a partnership with NewYork-Presbyterian piloted a health-focused theatre-making program for children ages 5–12 that has, over time, developed into what is now the PTP Academy.

From 2010–2016, PTP produced a dozen Forum Theatre productions that toured through the Bronx, Brooklyn, Manhattan, and Queens; this project helped to launch the now well-established non-profit organization—Theatre of the Oppressed NYC. In Summer 2014, the U.S. Department of State funded a bridge program that brought PTP’s community-based theatrical work to the Dominican Republic as part of the International Theatre Festival in Santo Domingo. The project opened the door to a second year of programming on the island in partnership with the DREAM Project.

Throughout its early years, PTP’s classes, rehearsals, and performances could be found taking place in every corner of the neighborhood. In 2015, PTP was invited to become a resident company of the Alianza Dominicana Cultural Center in Washington Heights with access to two rehearsal studios on Saturdays and evenings, and an event space. It was here that PTP was able to begin offering its suite of public programs on a consistent basis. After four years at Alianza, PTP became lease holders of a rehearsal studio and administrative office in the Workspace Offices complex at 5030 Broadway in Inwood, which allowed for an expansion into the after school hours.

From Summer 2015–2017, PTP partnered with the NYC Department of Education’s Office of English Language Learners (now known as Multilingual Learners—MLLs) to bring its arts-integrated programming to immigrant students in 32 schools in four boroughs. Yet, with an administrative staff of three people stretched to capacity, it became clear that the geographic scope of work was not sustainable. In Spring 2017, People's Theatre Project embarked on an organization-wide facilitated strategic planning process.

This comprehensive strategic plan involved staff, families, alumni, school principals, partners and other community stakeholders. This resulted in a refreshed mission and vision centered on neighborhood and immigrant youth, a renewed commitment to Washington Heights and Inwood, and strategic priorities for the next three to five years. Now four years into the plan, PTP has activated its board of directors, invested in new program and development staff positions, developed and implemented an intentional program model, and diversified its funding portfolio.

To mark the start of its second decade of theatre-making with and for immigrant communities, People’s Theatre Project was showcased for a national audience on The TODAY Show featuring PTP’s collaboration with Lin-Manuel Miranda and his family. The Miranda Family were slated to serve as honorees at PTP’s annual gala in April 2020, until the pandemic forced its cancellation.

PTP also welcomed two significant funding partners ensuring a strong foundation of support for this next chapter. The Howard Gilman Foundation has recognized the professional caliber of the PTP Company, and The Pierre & Tana Matisse Foundation has invested in the PTP Academy with the Arts Education Impact Grant, a $750,000 award over the first five years of the program.

Starting in March of 2020, PTP’s strength and creativity was tested by the COVID-19 pandemic. People's Theatre Project's staff, board, partners, and families worked tirelessly to adapt its programming to the virtual space. We retained all staff at their full wages and showed up for our community by providing resources (e.g., cash relief, food pantries, vaccine drive) to local residents, and co-organizing a Black Lives Matter march and collaborative arts camp. Programming is now back in-person and we look forward to seeing you at an upcoming event!

Sign up for a FREE theatre-making class for children or teens. Bring the People’s Theatre Project experience to your school or work place. 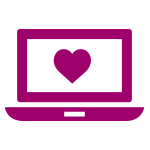 How will you support the next generation of creative and compassionate leaders?

Ways To Give
English | Español